This is a single length (60cm, 24") Gimped gut string with the Pistoy twist for extra flexibility. It is intended for those players who wish to play renaissance and early baroque performance practice and want the true gut tone.

Plain gut strings are available with a natural or varnish finish. Natural strings are hand-rubbed with a light oil. Varnished strings have three coats of finish before being hand polished with the oil. There is an additional charge for varnished strings. The string comes with plain, unknotted ends. Knots may be tied for you for an additional charge. 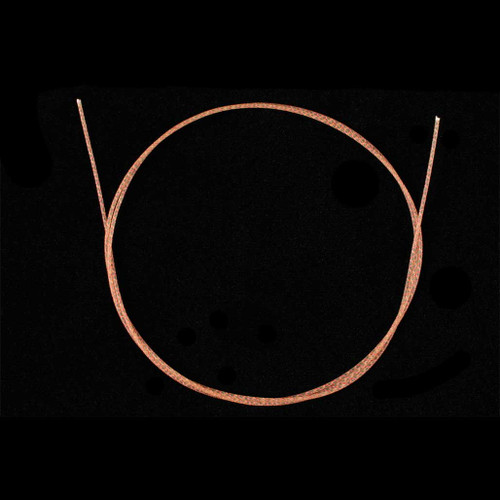