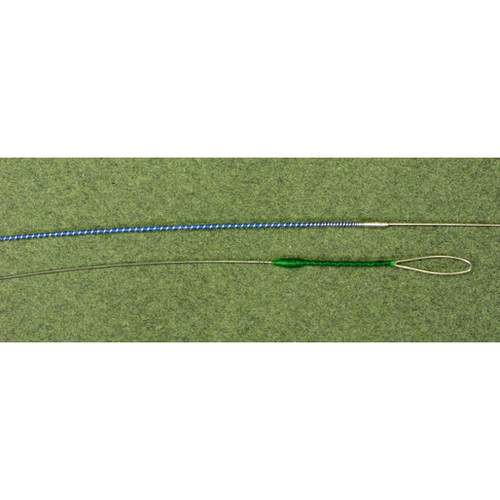 This is a single-length (24", 60cm) steel violin e-1 string. It has a gauge of 0.25mm and is available with a loop-end only. The steel in this string is an old style type of low-carbon with a tin coating. This type of steel was widely used in the early 20th century for musical instruments and was sometimes referred to as “mandolin wire” because it has a softer, rounder tone than higher-carbon steel. The end of the string is wound with thread and wire so that it holds securely on the peg.

Tricolore strings are manufactured in the USA by Gamut Music, Inc., a leader in the revival of early music strings and instruments. Gut strings are not intended to be used with fine tuners or string adjusters and those devices should be removed before installing the gut string on the instrument.