This is a single length (32") viola string with a sheep gut core and sterling silver wire winding. The gut core has been carefully seasoned and then wound with silver wire in the tradition of the Perfection Musical String Co. There is a leather washer at the knotted end to help keep the string secure in the tailpiece.

Violas come in different sizes, sometimes requiring different lengths of strings. Length is not an issue for the plain gut strings, but can be an issue for wound strings. It is important that the string has a wire on the gut from bridge to nut, and if the wire winding on the string is too short, the thread stocking will be over the nut and fingerboard. This will result in bad tone and intonation and should be avoided. The Tricolore viola wound strings have a length of 48cm from the end knot to the end of the wire / beginning of the stocking. If you measure your instrument from tailpiece to nut and find more than 48cm, please let us know and we can make longer strings for you. 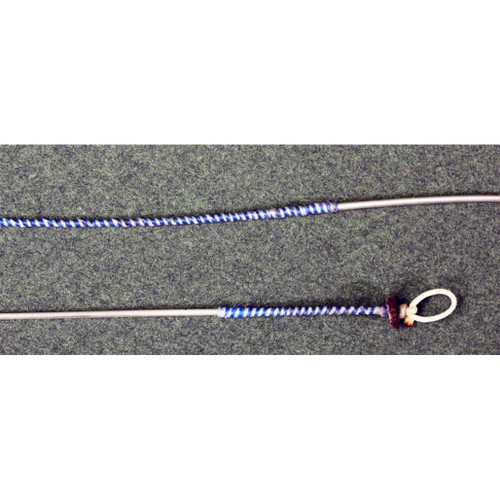