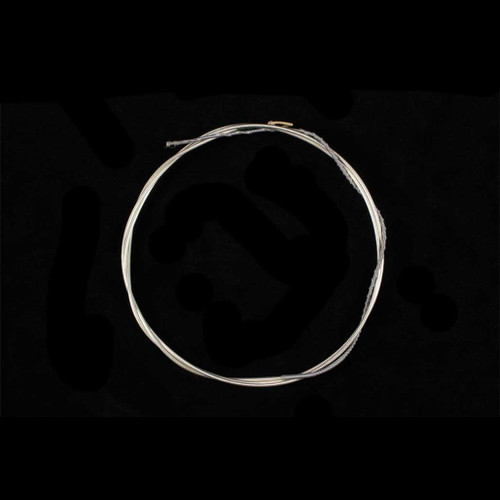 This is a single-length (48", 120cm) gut core string intended for “Equal Tension” performance practice with a sterling silver wire wound onto the gut in tandem with a thin silk layer wound onto the core between the gut and wire. Because the wire is round, the surface of the wire is polished so that the string has a smooth, “half-wound” feel. The tone is warm and full.