This is a single length gut core string with a sterling silver wire winding and a thin silk layer wound onto the core between the gut and wire. Because the wire is round, the surface of the wire is polished so that the string feels smooth. The tone is warm and full. The end of the string that goes into the tailpiece is knotted and there is a loop of gut on the end.

Equal tension is a concept that was used on violins historically. The idea is that each string has the same amount of tension, resulting in equal tension on all strings. The customary way to tension violin strings is to decrease the tension from the e-1 string, which has the most tension to the G-4 string in decreasing amounts on each string. From the 16th to 19th centuries there are writers who mention or recommend equal tension and this seems to have been one aesthetic that some players used. Merssene, in the early 1600s mentioned that violin strings should have equal tension, but that in practice most players used less tension on the lower strings. It may be that the idea of equal was an intellectual concept of perfection and that, in practice, players found that lowering the tension on the thicker, bottom strings was just more practical. Regardless of the extent of the historical use, many modern players find that this system of string allows a quicker and louder response from the instrument. The extra tension on the lower strings allows the bow to play more on top of the strings resulting in quicker bowing. 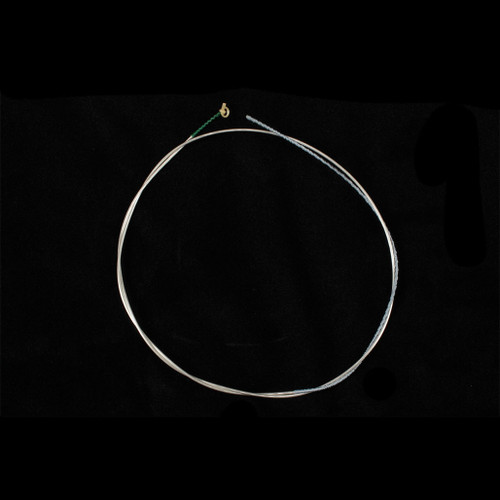