Attention: Shipments using USPS First-Class Mail are NOT guaranteed delivery. If the package is lost, Gamut Music will not replace the order. See our Shipping and Returns Policy for full details.

This is a single length (60cm, 24") Gimped gut string with the Pistoy twist for extra flexibility. It is intended for those players who wish to play renaissance and early baroque performance practice and want the true gut tone.

Plain gut strings are available with a natural or varnish finish. Natural strings are hand-rubbed with a light oil. Varnished strings have three coats of finish before being hand polished with the oil. There is an additional charge for varnished strings. The string comes with plain, unknotted ends. Knots may be tied for you, and leather washers added for an additional charge.

Two types of Gimped strings are available: Copper Gimped and Silver Gimped. The silver wire, being heavier than copper, allows the silver gimped string to be even thinner than the copper gimped string. This might be an advantage on shorter string lengths where you would want a thinner string for better tonal response. 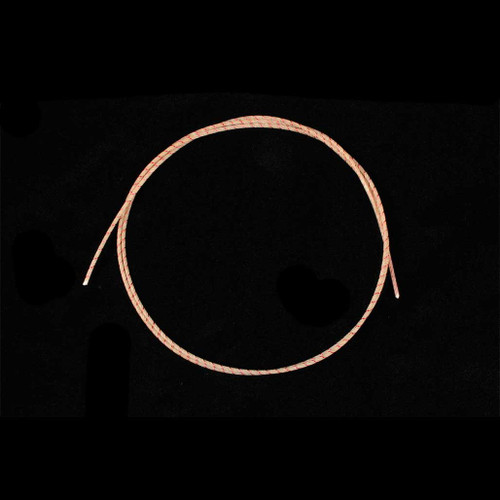