“If you like not his play, he tells you he has at least the new method of Paris… (Through Rak’tout of Gualtiers Ounghil, or collected from the privvyhouse of Desaut) he keeps them as precious reliquaries…”

So says Richard Flecknoe’s satirical prose of 1658 regarding visiting French lutenists. Even allowing for humorous and chauvinistic license, you can see that during the protectorate some people were put off by the instrument’s courtly associations — at least in French hands. To be fair, François Dufault clearly spent time in England and found supporters and fans as well as grumpy detractors.

After spending the prior century as the European “Prince of Instruments,” the Lute as solo instrument had lost so much ground that in spite of its golden age in Elizabethan/Jacobean England (c. 1590-1620), Thomas Mace wrote in 1676 that “my first and chief design [is] to discover the occult mysteries of the noble lute, and to show the great worthiness of that too much neglected and abused instrument.”

And yet, the lute’s long-necked relatives — the archlute and theorbo — continued to be ubiquitous for accompaniment well into the 18th century, even as the solo repertoire in print and manuscript waned.

French lutenists, experimenting with new tunings before settling on a lute whose top six strings spelled a minor chord (A-D-F-A-D-F), as does the lute heard on this recording, continued the solo tradition to the end of the 17th century. 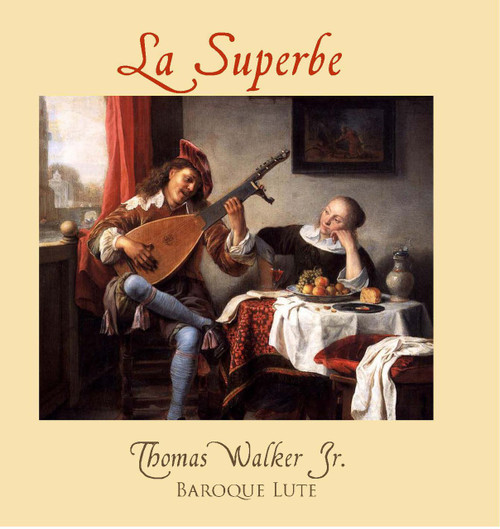