This is a single length (32") sheep gut treble string knotted at one end with a leather washer.

Sheep gut strings are available with a natural or varnish finish. Natural strings are hand-rubbed with a light oil. Varnished strings have three coats of finish before being hand polished with the oil. There is an additional charge for varnished strings. 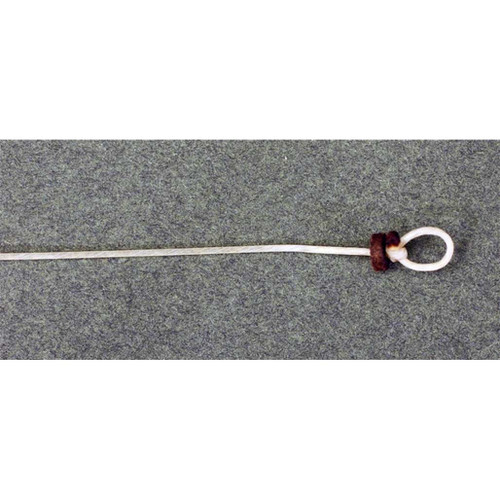