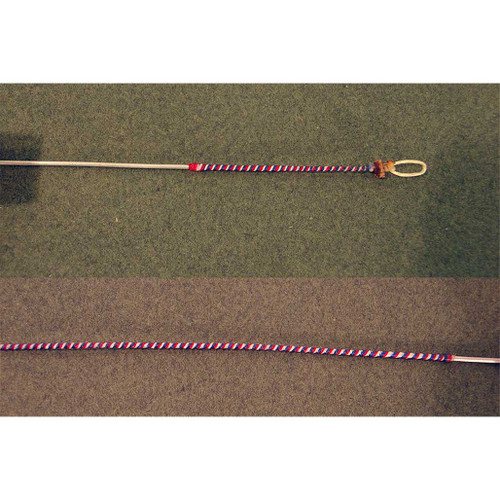 This is a single-length (24", 60cm) violin string with a sheep gut core and tandem winding of sterling silver and aluminum wires. The gut core has been carefully seasoned and then wound with silver wire in the tradition of the Perfection Musical String Co. Silver winding was not part of the original Perfection specifications, and is a development by Daniel Larson at Gamut Music. There is a leather washer at the knotted end to help keep the string secure in the tailpiece.