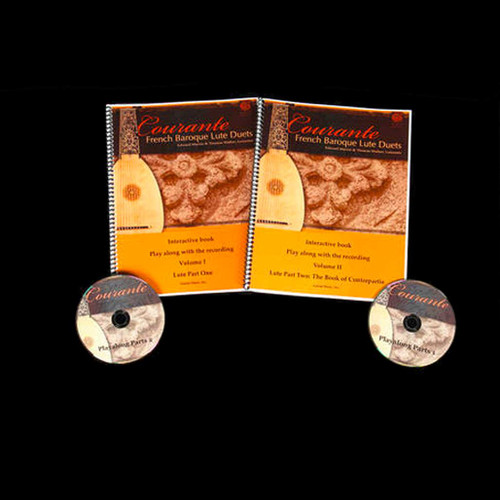 Courante is a program of French lute duets that represent the pinnacle of the High Baroque. This seldom heard repertoire is represented here by five of the most influential composers of the era and the duet parts were compiled and associated by scholars from different sources throughout Europe including Tim Crawford and Francois-Pierre Goy. In addition to the historical pieces, two modern counterparties have been written for a G major Chaconne by Charles Mouton and a Chaconne (Sarabande) by Ennemond Vieux Gaultier. The recording features a matched set of lutes by Daniel Larson with pure gut strings.